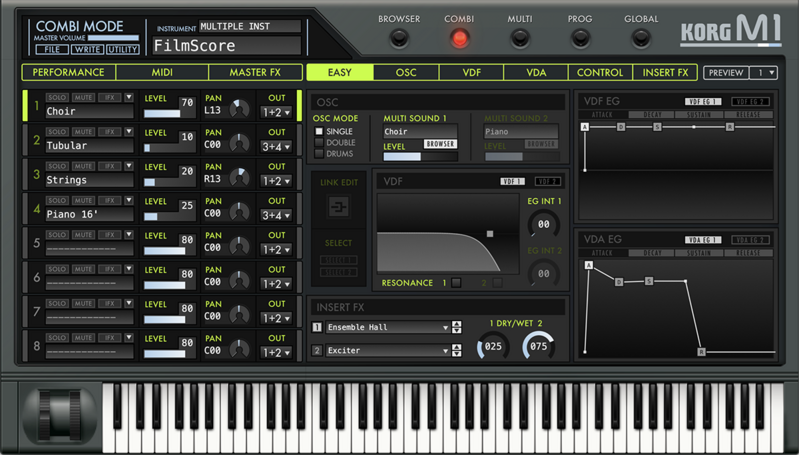 26 Apr 2022 | 79.6MB
Reborn through software.Music Workstation M1
The M1, released in 1988, is an epoch-making synthesizer that defined the music scene of the late 80’s and the 90s. Its synthesis system with digital multi-effects, based on high-quality PCM, featured a unique sound which was epoch-defining. In addition, as the original music workstation “all-in-one unit”, it came with an 8-track sequencer, drastically changing the composing and production style of musicians everywhere.

The KORG Collection M1 V2 is an upgrade of the M1 software from 2005, and has been refined for modern production environments. We added the much requested high-resolution and scalable interface. The preset sounds include all 3,300 programs, including those from the expansion ROM cards, giving the legendary sounds of the M1 through the latest software as a plug-in.